We are happy to report that, miraculously, Day One is in the books without having nearly killed anyone, and all my medical supplies remained securely, albeit overly bungee corded, inside the car-top carrier. Safety first, that’s the motto of the guy paralyzed from the neck down after launching himself off a sketchy pile of snow. 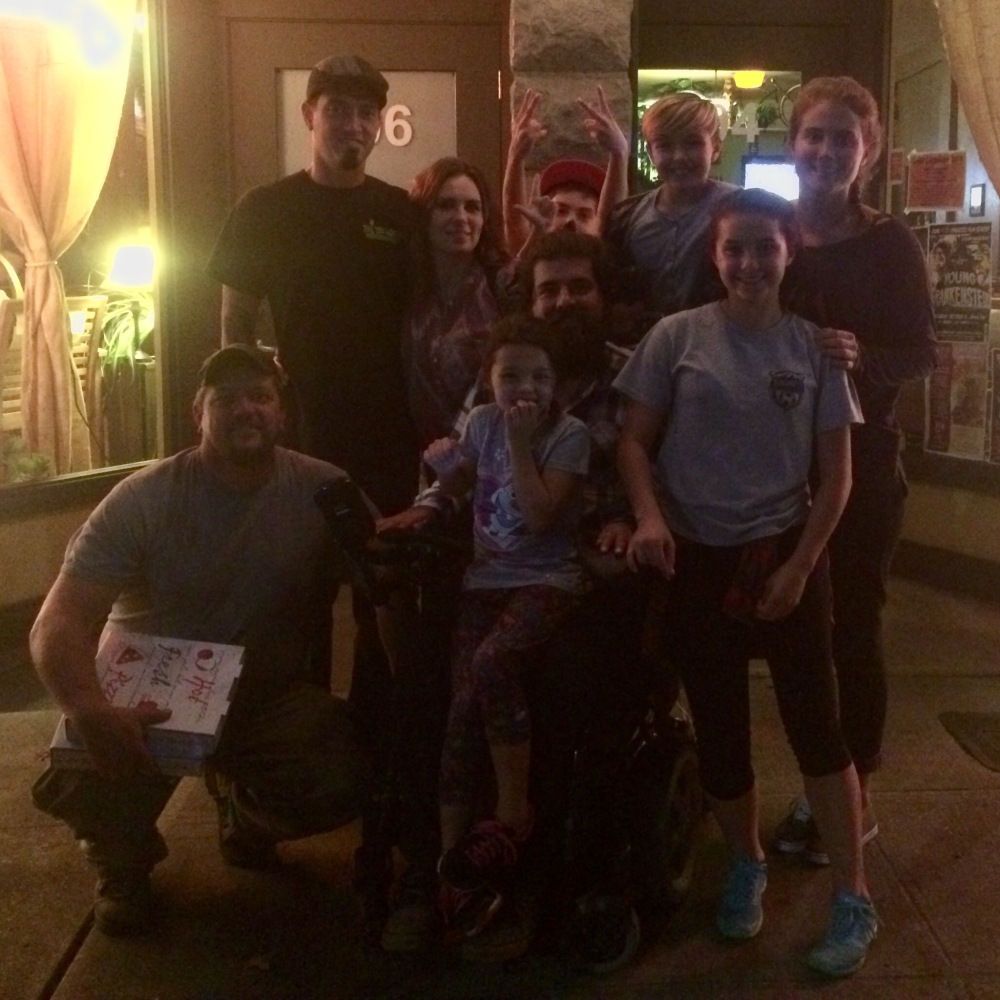 As opposed to last time, this trip started off at a much lower pace. We waited for one of the Bobbseys to join us for the trek down to Centralia, where we got to ring in my oldest niece’s 13th birthday a day early at Tiki Tap House, a Luau-inspired pizza & microbrew joint run by the husband of one of my favorite people on the planet. Hanging with the fam and the Dijos clan was a great way to kick things off, and after a few too many slices of Fire Walker pie and some oddly delicious salted caramel cheese sticks, we were on our way.

It’s fascinating how quickly you can settle back into the swing of things on the road. There’s an odd comfort in it. Buckle-in, pick your poison of Spotify playlists, and suddenly you’re carving your way southeast through southern Washington and into central Oregon, chewing through miles of asphalt like power bars after weigh-ins. We have the system so streamlined, that we know we don’t really have to look for a hotel until we’re a couple hours out from our destination. By the time we pulled into The Red Lion in Bend a little before midnight, we were fully transitioned into Road Mode.

It’s nice to have such a well oiled-machine in place. It’ll come in handy when sh*t inevitably hits the fan at some point on this trip. But for now, I’m going to ride the wave of good times hard, because this, too, shall pass.