I’ve said before that I have the most incredible three nieces on the planet. All three are unique and I have a special relationship with each of them. This one inherited her dad’s blue eyes, which also match mine, making us both the only light eyed kids in our respective families. She was born Abigail May. Her friends call her Abi. I just call her Peanut.

Ironically the easiest of my sisters three pregnancies, Abi came screaming into this world 11 years ago yesterday at Centralia Hospital. Seriously, for the first six months of her life, I never saw that little girl without massive tears in her eyes. Doctors wrote it off as colic, but I knew it had to be something more because she would look at you as if someone was sticking needles in her feet. It absolutely broke my heart. Fortunately, that phase came to an end, and we started to get glimpses of the extraordinary young lady she would eventually become.

With her blonde hair and fair skin, she was a near exact photo negative of her big sister, but you could see a similar fire burning behind those light eyes. Her sharp mind developed much faster than her tiny body, so she had this creative and sassy personality that outshined her small stature. As soon as she could walk and talk, she was dancing, singing, playing dress-up and taking selfies on any camera she could get a hold of. If you think I’m exaggerating, just click right here to watch her, at four years old, absolutely crushing Beyoncé’s “Single Ladies” in a pair of plastic high heels. For quite some time we were all a little dumbfounded as to how our blue-collar, sports-centric family had somehow inherited a princess. But in the last few years, a new aspect of her personality has begun to emerge that has us shaking our heads once more, a tenacious approach to competition.

It started with sport stacking, the craze that spawned millions of YouTube videos of kids with lightning fast hands stacking cups into pyramids. Abi discovered it and became fixated, practicing late into the night with bandaged hands until she got so fast, she qualified herself for Junior Olympics without knowing it. And then most recently, she decided to follow in her dad’s and grandpa’s footsteps… With dirt bike racing. Yup. You read that right. Our once-fragile little peanut is now a hard-core flat track racer. What’s even better, she’s really freaking good at it. In her first season, she went from the back of the pack of novice riders to winning races against people twice her age – all while wearing her signature pink tutu.

Claire and I got to spend much of the evening with Abi on Monday. We asked her what she wanted to do, and she said she wanted to get her hair cut with a heart shaved into one side. At first we were skeptical, but after it was done, it looked amazing. And that’s just who she is in a nutshell. In her, I see an unshakable confidence and sense of self that I could never have related to at her age. For her first race of the season this coming weekend, she’s also going to be singing the national anthem; just because she can. This girl lives for the spotlight and thrives on the biggest stages.

I could never have guessed 11 years ago that the tiny baby whose blue eyes were filled with tears would grow up to be one of the most driven and unique people I have ever met. I could not be more proud of the young lady she has become. 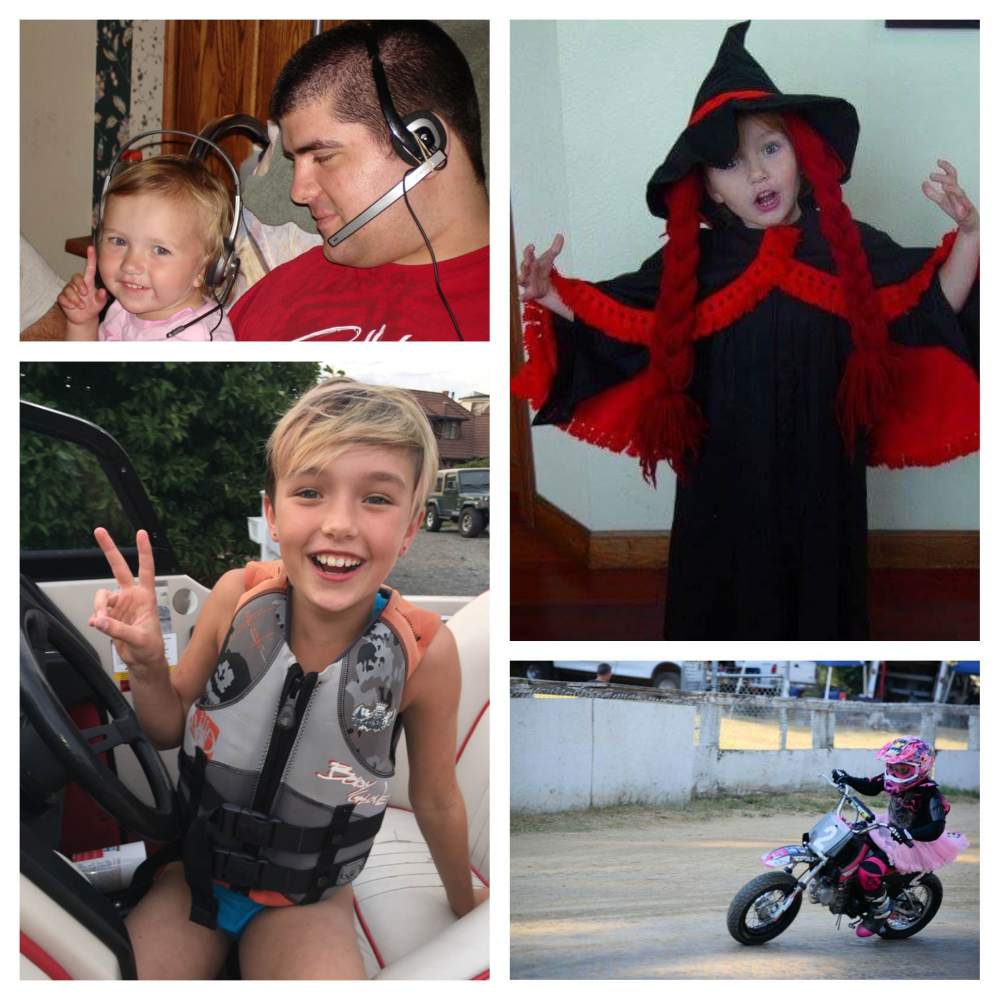