Returning to the scene of the sparks was a little off-putting yesterday morning, but we had to take the train to reach our final destination of this circus we’re calling a vacation. I’m not ashamed to admit I got a little twitchy as I was pushed past the bench I spent half the night marooned like a pirate without any rum. The ride from Philly down to DC was also a little PTSD-ridden as well because I distinctly remember a familiar calm setting in on our way into town right before everything went sideways.

Amazingly, we made it to the nation’s capital with little fanfare besides the taxi juggling act of getting the team, our luggage, myself and the carcass of my old chair to the hotel. After hauling all our junk into our rooms, we were finally able to sit down and relax. Claire and I freshened up and went down to check in for conference. Within minutes, we found ourselves chatting with folks from all over the country. Minnesota, Tennessee, Kansas, Iowa, Texas, Florida, you name it. Even a handful of my new friends from New York. So many genuinely cool people. 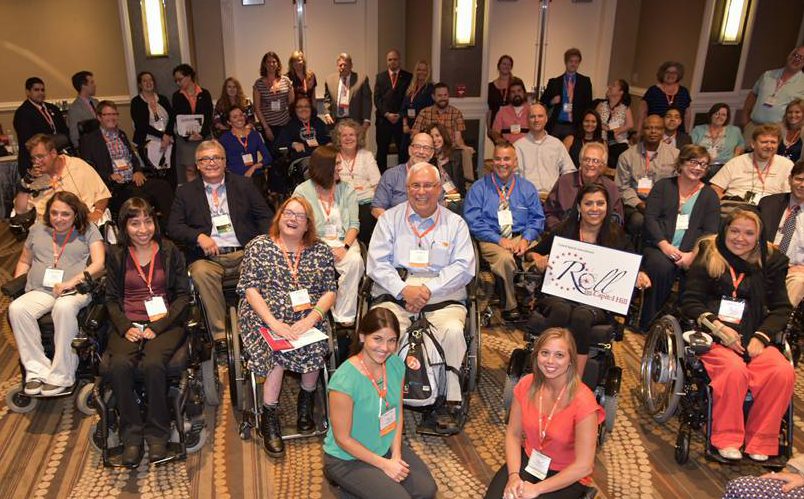 It was a little surreal to see that quite a few people had been following along with our  adventure but it served as an excellent icebreaker, making people I’d never even met already feel like old friends. I was also glad to hear that our struggles on Friday served as a bit of a warning flare for the handful of fellow air travelers, reminding them to stay extra vigilant with airline personnel handling their wheelchairs on their trips into town. As far as we could tell, we’d been the only major casualty.

Most of the day was filled with informative seminars featuring advocates from all over the country. I got to hear about a lot of initiatives that I’m sure will benefit many of my friends living with paralysis. Things like the Disabilities Integration Act which aims to restore the inalienable rights of life and liberty to those who are so often forced into understaffed institutions simply because it’s cheaper for the insurance companies than to let them live at home with dignity and the proper care they actually deserve.

Unfortunately, I had to miss a few presentations to haggle with United, who I hadn’t heard from save for a couple face-saving tweets on Saturday. It was a little more than frustrating that it took a couple snarky tweets of my own to finally get a phone call from someone in the organization, I will say that. Good thing I was able to use my own connections at the conference to find someone willing to pick up what was left of my chair, so maybe I’ll get to drive something of my own again later this week.

Those setbacks aside, it has been really inspiring to be surrounded by so many people with such an incredible fire for advocacy. It’s going to make for quite a show when we roll up on Capitol Hill tomorrow. Should be a good time.