It’s always hard leaving my grandparents house. I don’t take a single moment I have with them for granted, because even anecdotal conversations with those lovebirds is sprinkled with wisdom on life, love and how to stay happy into your 10th decade. From the way Grandpa still insists Grandma take his hand up and down steps, to the importance of “skippy cups,” five ounce dixie cups of ice cream, to finish every night before bed, it feels like every minute with them is a learning opportunity. We were terribly reluctant to leave, but couldn’t ignore Grandma Betty’s final pearl about making memories while you’re young so you’ll have plenty to look back on later in life. With that in mind, we said our goodbyes and set our heading for Palo Alto, where Claire’s cousin Fiona and her boyfriend, Will, are both getting their masters degrees at a little hole in the wall called Stanford University. 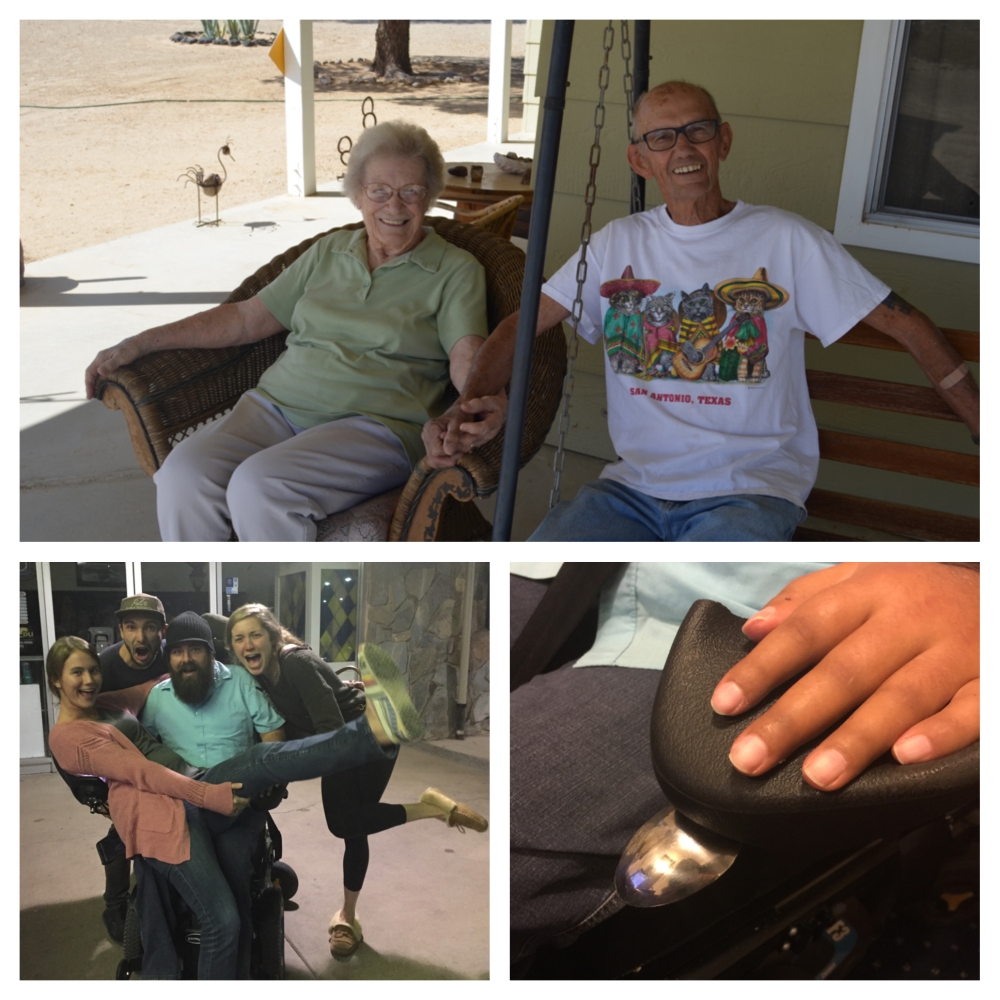 Road trips are difficult because you have so much ground to cover but only a small amount of time to spend with the countless friends and family scattered along the way, so it felt like every exit between the desert and Silicon Valley was littered with missed opportunities. But as we wound our way down Pacheco Pass toward the 101, the waning sunset left a honey glaze on the hills and laced the partly clouded sky with 24 karat gold, as if to bless the path we’d taken.

We pulled into the home of the Cardinals (whose mascot is a tree?) around 8 PM and met Fiona and Will for frozen yogurt. She’s a former Stanford distance swimmer with a mechanical engineering degree and he started not one, but two different startups while getting his own engineering degree from one of the finest schools in the country. They’re the type of people you would kind of hate for being so awesome at life if it weren’t for the fact that they’re so ridiculously likable. They also play in a pretty bitchin’ funk cover band in their downtime. Yeah, you can hate them too.

Despite partaking in Stanford froyo and pirating rarefied campus oxygen during band practice, we left their company feeling no smarter than we arrived.

Oh…To update everyone on the daily shitshow that is my wheelchair situation, we had only minor malfunctions to deal with this evening. At some point between Saturday and this afternoon, I lost one of the bolts that mounts my left hand rest to its assembly, which meant that every time we rounded a corner at anything more than a crawl, a muscle spasm sent the thing flying onto the floor. Fortunately, Amanda went all MacGyver on it with a spoon we stole from our hotel.

Now it’s on to the last leg of this madcap road trip, as we make our way toward home.