We rolled up to the intersection of Lear Avenue and Indian Trail Road to find the dirt path to my grandparents house a mess of deep ruts from flash flooding a  few months ago and laughed. It figures that Life would toss a minor speed bump in our way to one of my happiest places on earth. After spending all day with Grandpa Ed and Grandma Betty, it started to click that this resiliency I’ve had over the last couple trips may be a genetic trait passed down from the 90-year-old still dancing in the driveway as we pulled away earlier tonight. 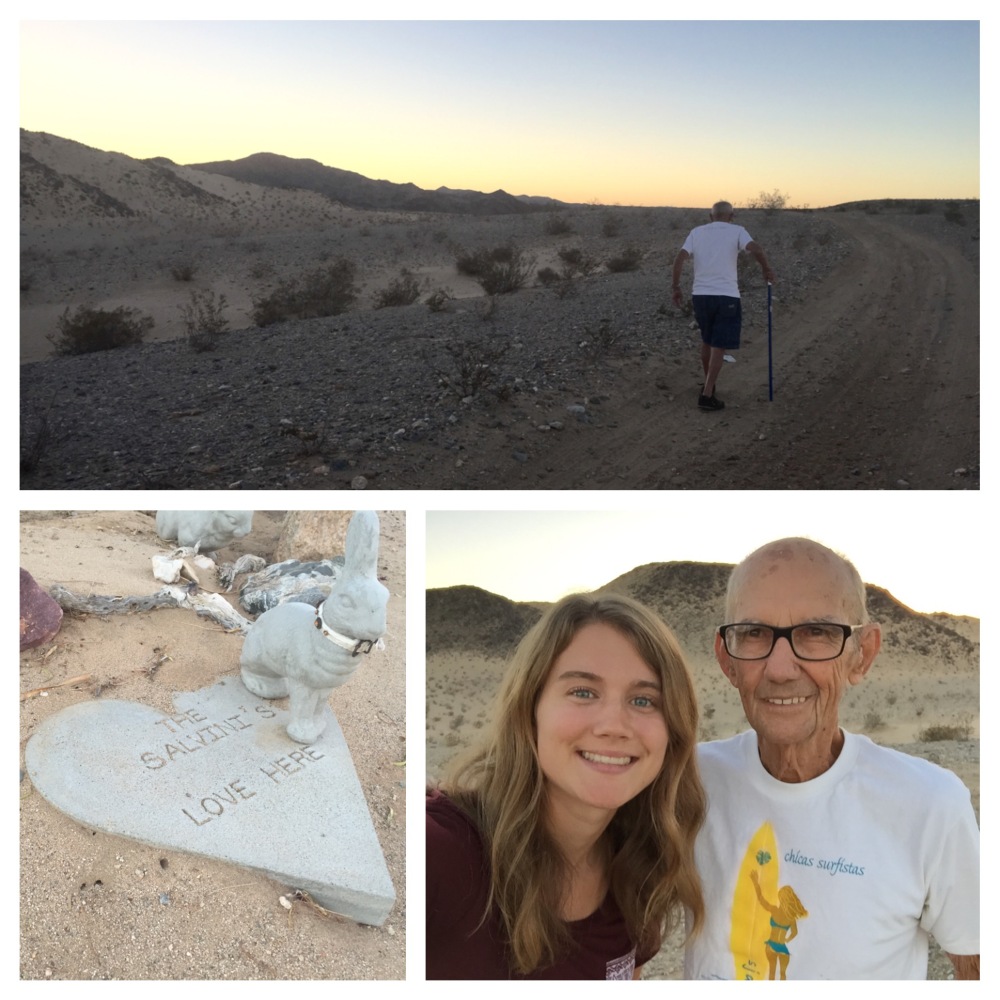 This man experienced, first-hand, battles from World War II that inspired dozens of Hollywood blockbusters, came back and made a family (including this guy) and built hundreds of homes as a carpenter. When the time came to hang up the hammer, he didn’t let retirement slow him down one bit. Instead, he moved to one of the most barren areas of the country with his soulmate, overcame a couple bouts of cancer and kept working for anyone who needed help, including a stint as a volunteer firefighter until the age of 75.

A decade and a half later he’s a little forgetful but hell, I can’t remember what I had for lunch. Fortunately, Grandma Betty is here to remind me and him of anything we might forget. I love these crazy kids. And true to form, Grandpa wasn’t content to sit around the house, so he grabbed Claire for a desert stroll to pick up bags full of trash. This guy just doesn’t stop.

This year has been a wild one, but it’s proven nothing will keep me from this little oasis in the desert. There may not be much plant life out here, but it’s where my roots are firmly planted. It’s a relief to be home.