The other day, I heard someone say that having two blogs is actually much easier than one. It sounded counterintuitive, but they said it actually took much less effort because they kind of have a way of taking care of themselves. They said it’s a little rough in the beginning, having twice as much shit to deal with but, before you know it, they are playing like long-lost siblings and sleeping like babies.

Aw, piss… Now that I stop and think about, they weren’t talking about blogs…it was dogs, wasn’t it? I desperately need to work on my listening skills. Oh well. 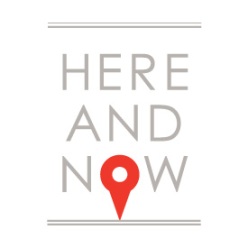 No, I’m actually starting another blog on purpose because so many people have listened to me rant, rave, bitch and moan about my issues with the state of our healthcare system. The Here and Now Project is me jumping in to see how I can affect positive change in the lives of people in situations similar to mine. The name is rooted in my frustration with the fact that, when it comes to paralysis, all of the focus is on finding the cure, with little attention put on how to survive in the here and now. I’m still not sure what it will be, but that will get figured out in time.

On the smallest scale, it’s a way for me and a few of my closest friends in chairs to keep in contact, share what’s going on in our lives and learn from each other’s experiences. One step up from there, it’s something that helps SCI nonprofits in the Northwest pool their resources and get on the same page. Zooming out further, it’s a social support network for people whose lives have been affected by paralysis, both survivors & supporters. And if I dream as big as possible, it’s a much larger movement that encourages people from all walks and rolls of life to embrace their lives where they are right at this moment instead waiting on their current circumstances to change. Think along the lines of ONE.org sans Bono or maybe Livestrong with more balls and less steroids… What? Too soon?

The absolute worst case scenario?  It’s another avenue to hone my craft of verbal ninjutsu. Personally, I think it’ll be a combination of them all. Click the logo (or here) to find out what it becomes.